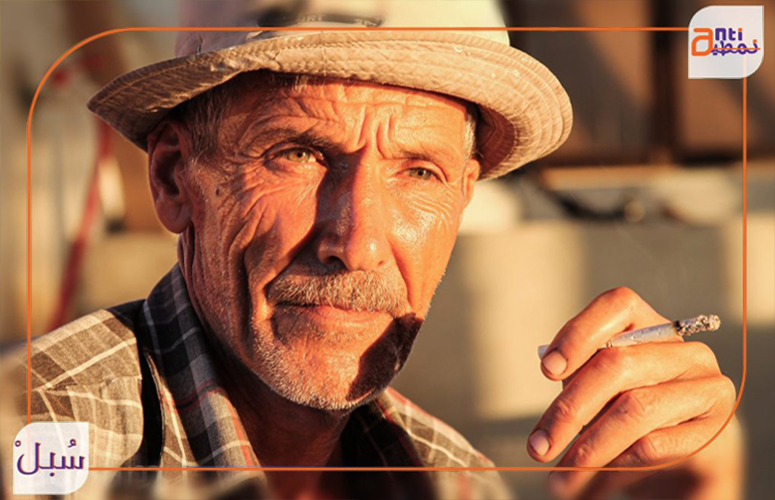 It is hard to believe that these disjointed phrases are those of a father who lost two of his children on the same day, who lost his livelihood, and who was twice displaced.

Yahya Abdul Rahim Hamadeh, known as Abu Talal, 58, from Homs city in central Syria, was forced during the war to leave his home for a safer neighborhood, and was less devastated by the incident which killed two of his sons, Abdul Rahman, 22, and Bilal, 23.

Having suffered memory loss, Abu Talal was forced to stop working as a taxi driver on the route between Homs and Beirut, and he sold his car in order to support his family. “I couldn’t distinguish between my wife or other members of my family and other people,” says Abu Talal. “I was lost. I couldn’t focus on anything. I was unable to drive my car, and had to sell it cheaply”. He continues, his voice cracking: “Nine months, may God let no-one suffer what I did.”

With the money less over from the sale of his car, Abu Talal was able to rent a kiosk to sell cigarettes. But the spread of war to the whole of Homs meant he was displaced for a second time. They left the city and headed for the coastal town of Tartous, where he, his wife and his two sons, Talal and Ahmad, joined his only daughter and her husband in the home they had been living in since 2011.

Abu Talal was unwilling to be a burden on anyone, even on his daughter, whom he describes as strong and steadfast. He insisted on contributing to day-to-day expenses, while also providing for his two sons and his wife. He therefore began working for the city municipality on temporary contracts, despite the low income. It was later that he was met with the kind of opportunity he had been waiting for.

“I used to go to a café near Arwad Port to buy cigarettes and have my morning coffee. There were times when I didn’t have enough money to pay and would come back to settle up later on. One day, someone there suggested I work on the port, helping passengers unload their belongings in exchange for a bit of cash”.

This he ended up doing. “The prayer beads ran on,” he says, using the popular expression, referring to further work opportunities that soon came his way.

Abu Talal would not only unload and carry baggage to and from the boats, but also helped workers build the port canteen. It was during this that canteen owner told him,

“When we’re done with construction, I want you alone to manage it.”

So Abu Talal was put in charge of the canteen. He prepares the hot water every morning to make coffee and tea for the fishermen who use the port to set up their nets
before heading out to fish. He also sells cold water to those coming and going from Arwad island, which faces the city’s coast, and helps passengers unload their
luggage.

With all this work, he has been able to provide for his family, and, more importantly for him, to meet the wishes of his wife, Um Talal. He says, smiling; “After
my sons’ situation stabilized, they tried to convince me to stop working. I refused. They have to secure their future, while I take care of myself and Um Talal. For how can she wish for anything, without me providing it for her ?” 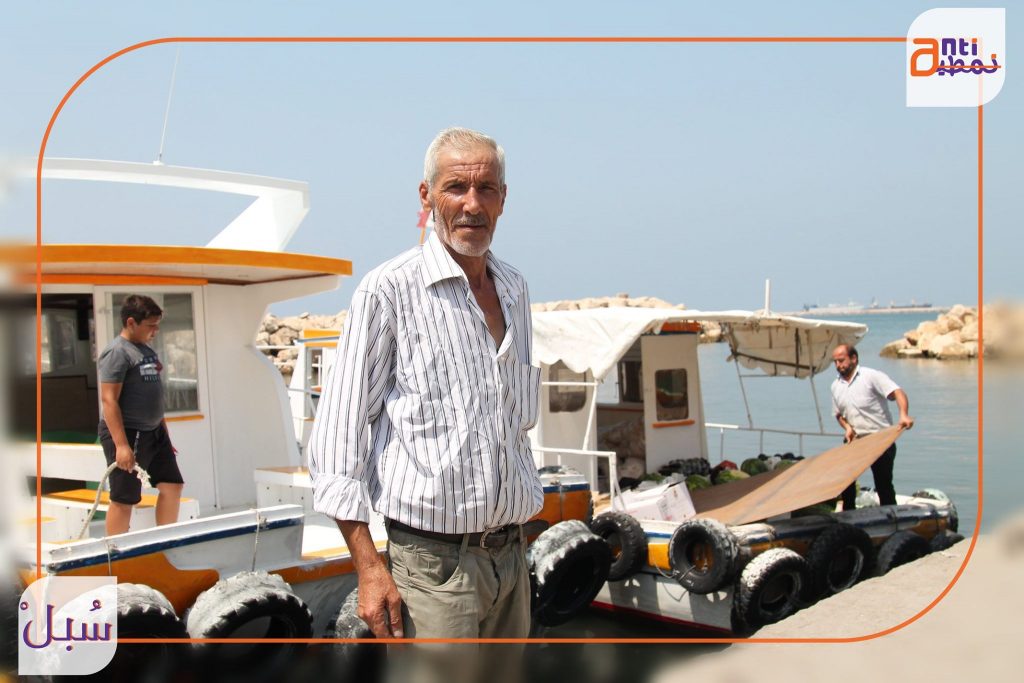 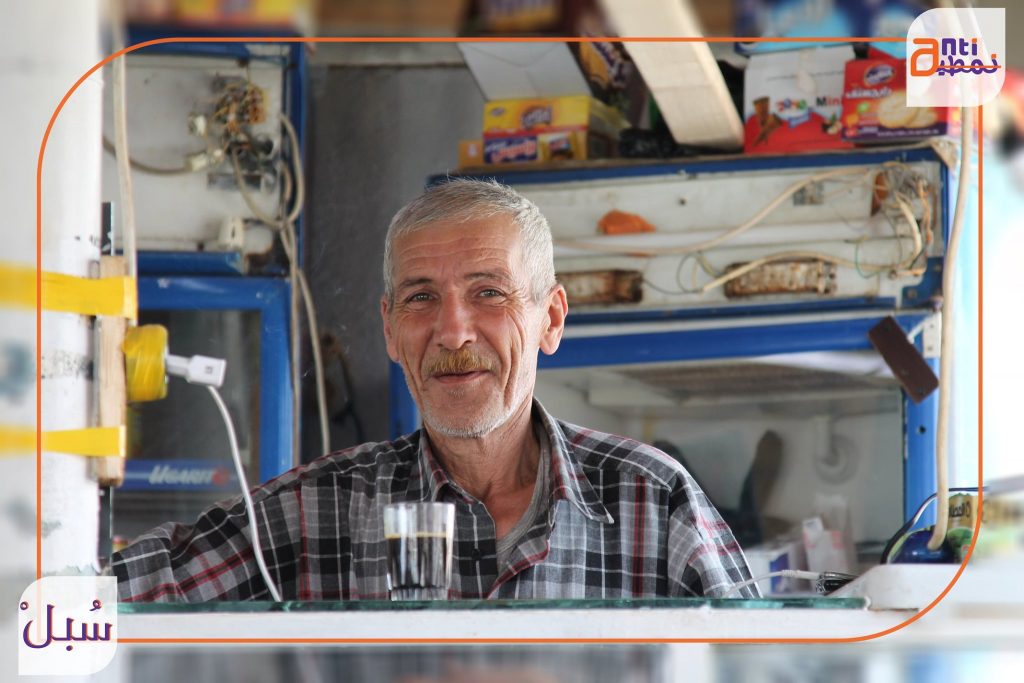 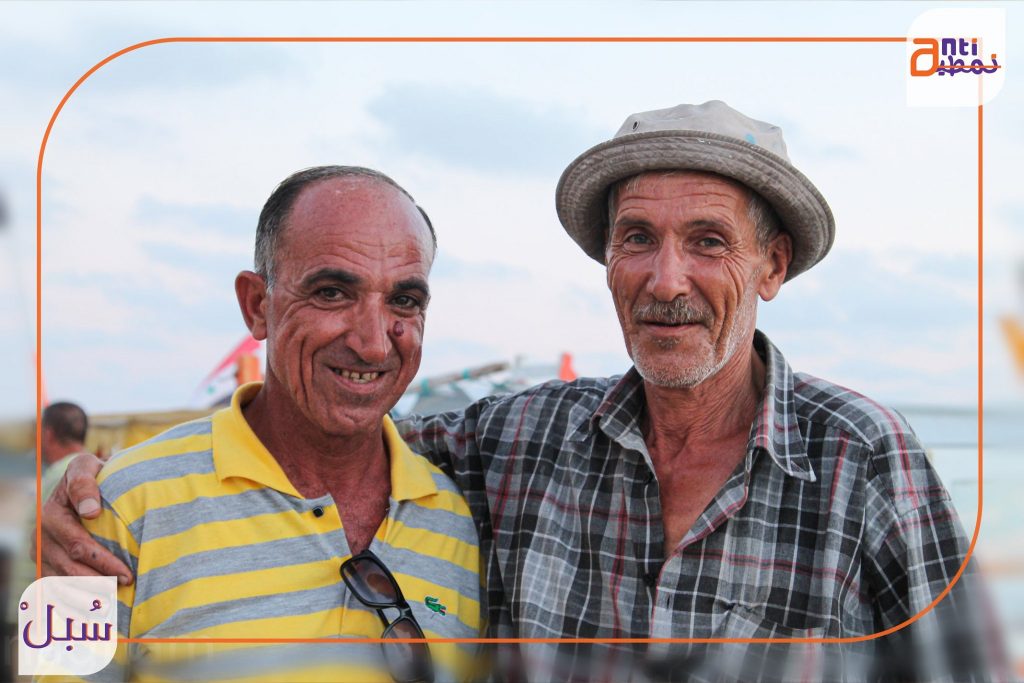 What’s gone is gone …
if you do not struggle &
keep on struggling,
once you despair,
that desperation will kill you

Made with love by Jemnou